When the new energy code went into effect on January 1st, one of the provisions that gained a lot of press was the new mandate for solar on every new California home. In the footnotes were a couple of exceptions. One was ‘infeasibility’ with a strict documentation script to insure it would be rarely used. The other was “approved community solar” – which in theory could provide the flexibility and cost efficiency of managed solar ownership, while still providing homeowners with benefits of solar savings and contribution toward climate action.
The problem with community solar: although one such plan was submitted last year, it was not approved. While the Sacramento Municipal Utility District (SMUD) ‘Solar Shares’ proposal drew wide support from both CEC staff as well as many organizations and stakeholders (including AIACA), there was also wide opposition from the solar industry and others.
Fast forward to the Energy Commission hearing on February 20th when a revised SMUD Solar Shares was back on the agenda. There was so much interest in this item that a special ‘fixed start time’ was set on the agenda. The normally relatively staid CEC hearing room filled to overflowing, and detailed and very passionate arguments went back and forth – most limited to one minute – extending for over three hours in total. It’s all on youtube if you’re interested to see the at times dramatic testimony https://www.youtube.com/watch?v=fF-ljl0BBd8 where government and industry captains, business and nonprofit leaders, legislators and staffers; scientists and professionals; workers, students, and homemakers; one by one offered so many nuanced perspectives, analyses, and viewpoints. The debate swung back and forth for hours. 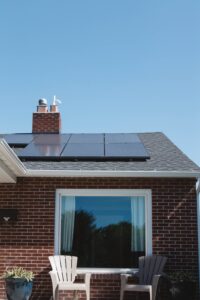 When the hearing was finally over, the Commission discussed at length, and finally voted unanimously for approval. AIA California can check this off as an advocacy ‘win’ as we were at the table with a message of concern for the urgent need for powerful climate action; and the need for flexibility to make sure everyone can contribute. We cited our own investment: AIACA has already signed up for Solar Shares for our new headquarters, since our leased building does not give us the option of rooftop solar and we wanted voluntarily to contribute renewable energy.
Now that the dust has settled, looking back what was most striking was not the 100% of the commission behind approval.
What was most striking was that in spite of the fierce debate around nuances of the Solar Shares program, 100% of the opinions on both sides of the argument supported urgent solar action.

That’s a consensus that bodes well for climate action!

This site uses Akismet to reduce spam. Learn how your comment data is processed.